In this inspiring video by Floating Orb Productions (FLORB) we see that off-grid style living is not just for old-timers. We see a young man who took the initiative to build his own tiny house. He clearly has kinds of self-reliance skills as we see him handling a scythe like a pro, making things from wood using hand tools and a hand made brick pizza oven in the garden! He’s preparing his own food and generally doing it all himself. Clearly the man is educated / self educated judging by the number of books lining the walls. Books make great insulation too!

The tiny house looks really attractive, being made from natural timbers – with a mud room attached later to increase the amount of space available. The space is insulated and the interior is clad with what looks like pine tongue and groove cladding.

Water supply consists of hefting in 5-gallon jugs of water and flipping them upside-down onto a dispenser (been there done that!). As for plumbing – there’s a 5 gallon bucket under the sink that needs emptying. I’m not sure where he’s emptying the greywater but I would be tempted to run a pipe to make life easier – but there might be some regulations on that so definitely check.

Electricity comes from a simple off grid solar setup that keeps things going “most of the time”. A 12-volt chest fridge keeps food cool.

Loft space is the warmest part of the cabin, which is an advantage in winter and a disadvantage in summer!

It sure seems like he has everything he needs. With his own solar setup and wood burner for heat, he’s done away with mortgage/rent, electricity bill, heating bill, mains water bill.. that’s pretty great and means that a much greater proportion of monies earned goes right in his pocket. Interestingly we learn that he has a business doing photography and video editing – which is (I am guesisng) largely internet based. So he’s created a lifestyle where he’s completely in his own world and self reliant.

He encourages people to get inspired about something and “just do it”, not worrying about everything being perfect. His first solar power setup was a small panel together with some junkyard parts – disused car battery, wires, car light bulb – and he gained skills as he went along. 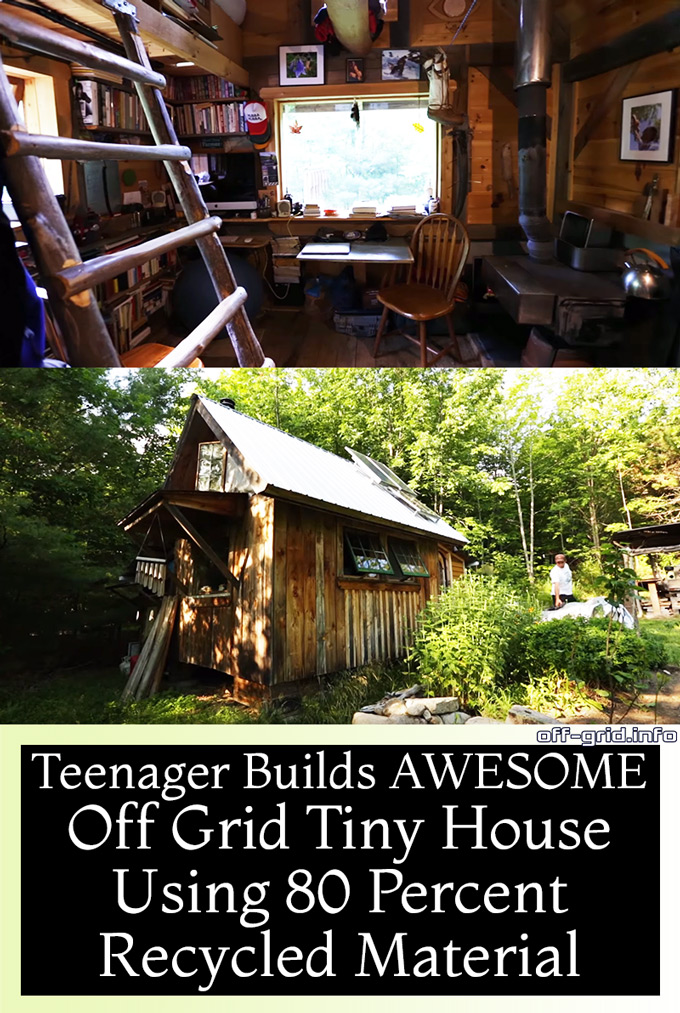 This Ultra Modern Tiny House Will Blow Your Mind

How To Build A 24 Foot Geodesic Dome