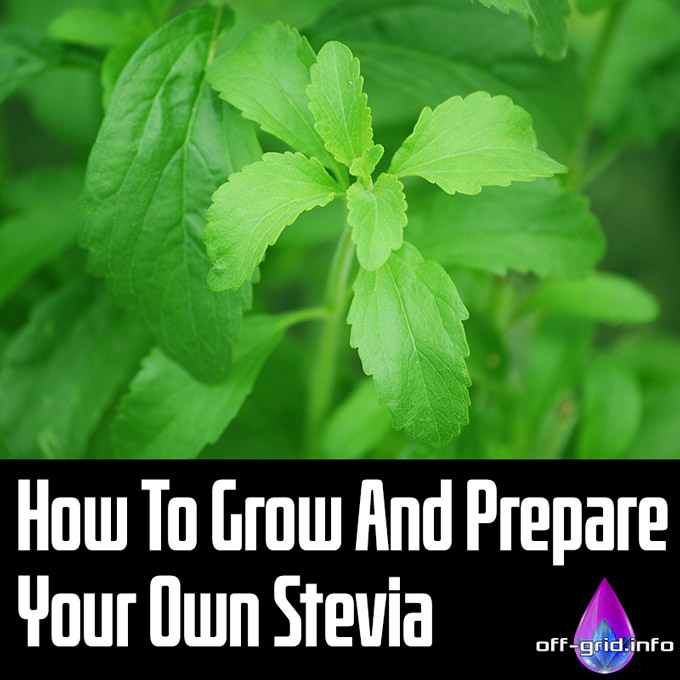 How To Grow And Prepare Your Own Stevia. Photo – Pixabay (PD)

We found a great tutorial on how to grow and prepare your own Stevia! The link to the full tutorial is after our commentary.

Stevia is a recent discovery for many people in the developed world, however it might surprise you to know that it has been used as an alternative sweetener in Paraguay, South America for many years. One of the important things about it is that it is naturally-based, being derived from a plant!

This plant is a genus of about 240 species of herbs and shrubs in the sunflower family. It’s usually found in subtropical and tropical regions from western North America to South America. The species Stevia rebaudiana is cultivated for its sweet leaves. Stevia is often used as a weight loss aid, [1] and as a sugar-substitute for diabetes. It is also claimed that it may lower high blood pressure and treat heartburn. Stevia is noted for its many health benefits but more studies are still needed before these things will be accepted as scientifically proven.

Stevia was originally used as a dietary supplement in the US, but it wasn’t allowed as a food additive until 2008 when the FDA granted the GRAS (Generally Recognized as Safe) status to rebaudioside A (one of the chemicals that makes the stevia sweet). It is now used as a sweetener in many countries.

Related: How To Grow Food For Free In The City

If you want to grow your own Stevia instead of buying packets at the stores, the post we discovered by Common Sense Homesteading will teach you how to plant your own Stevia and make your own extract so you can have something to sweeten your meals/drinks with!

Safety note: As with any other sweetener (or herbal product), it is advisable to consult your physician if you plan on using this as an alternative to regular sugar – especially if you have issues with blood sugar levels. Currently, there is not enough information that will determine the optimum amount of stevia to consume everyday. If you are diabetic, you have to monitor your blood sugar levels closely if you’re taking Stevia. It is said that the chemicals found in Stevia might help lower blood sugar levels, so you might suffer from hypoglycemia if you’re not careful.

According to the AHPA’s Botanical Safety Handbook (Second edition, 2013), Stevia has no known contraindications, extremely low toxicity (LD50 of 17g/kg) and very little indeed in the way of adverse events reported. The AHPA noted in the 2013 edition that no supplement or drug interactions had been reported so far. [2]

Here’s the link to the full tutorial: http://www.commonsensehome.com/stevia-grow-your-own-sweetener/

Here’s How You Can Grow An Avocado Tree In A Small Pot At Home!

How To Propagate Basil: Endless Supply From One Plant!

A Raised Bed Like No Other: Behold The Benefits Of Hugelkultur

One thought on “How To Grow And Prepare Your Own Stevia”