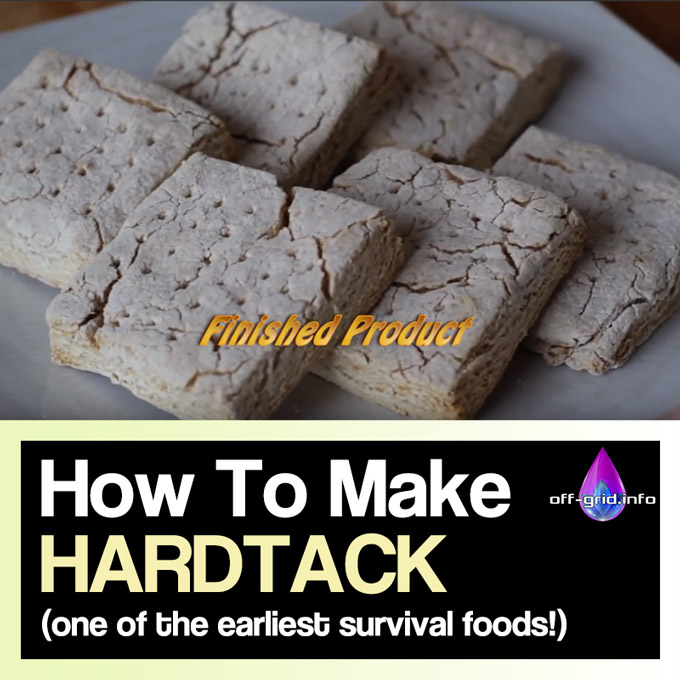 How To Make Hardtack: One Of The Earliest Survival Foods. Photo – http://www.youtube.com/watch?v=a_gYhGNbTW8

Hardtack is a very basic type of hard biscuit that has been used since very old days. It can remain good for a couple of years if prepared and stored correctly. Back in the old days, food spoilage was the greatest concern of sailors so the hardtack was made out of necessity for long sea voyages. There are many old jokes about it being so hard that it might be better used for a hunting projectile! The biscuit form also helped in dividing the rations evenly to the crew and since it is completely dehydrated, it is light and easy transport.

Making this biscuit is very inexpensive, easy and it lasts so long that it is still a viable survival food today. The video goes through in making your own hardtack so the next time you set out for camping, you can include this biscuit in your food stash.

It is true to its name because it seems as hard as a brick and for those who already tried it; it doesn’t really taste fabulous since it is just made out of flour, salt and water – and it’s hardly ultimate nutrition. But if you are truly lost and hungry, I doubt that you will be able to find its taste unappealing. There are other recipes for hardtack that include eggs and milk but it will significantly reduce the shelf life so if you really want the survival food, going with the original recipe is the best way to go.

To soften this biscuit it is advised to dunk it in coffee or some other liquid. You can also crumble or pound it finely to use it as a thickener for your soup or fry it with other foods. It can also be mixed with brown sugar and hot water to create a pudding.

Each piece of biscuit contains 150 calories and will give you the needed energy to survive in the wilderness in case you are lost. 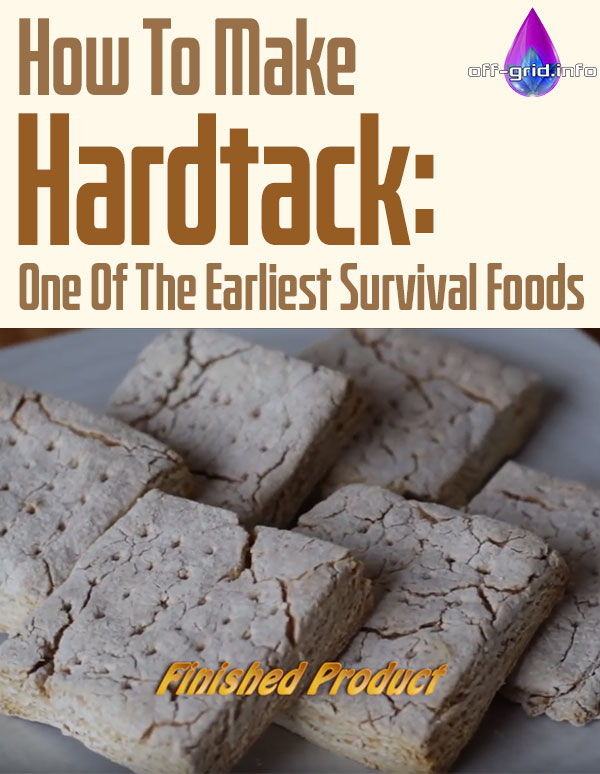 How To Make Hardtack: One Of The Earliest Survival Foods. Photo – http://www.youtube.com/watch?v=a_gYhGNbTW8

Why Mylar Bags Are Your Food Storage’s Secret Weapon

How To Grow Oyster Mushrooms With Used Coffee Grounds – Cheap And Easy!

2 thoughts on “How To Make Hardtack: One Of The Earliest Survival Foods”