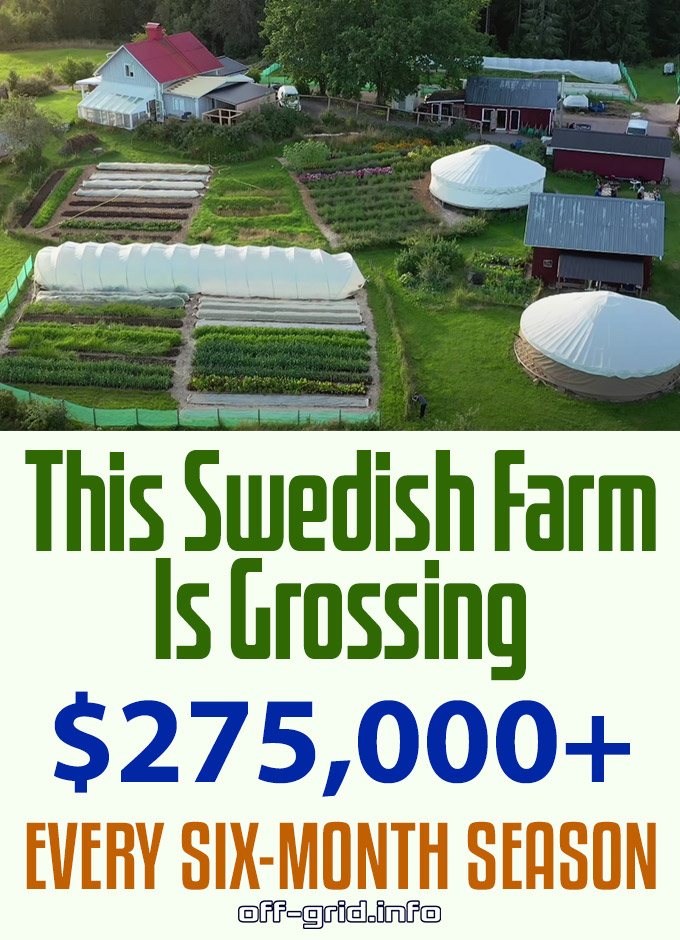 This is one of my absolute favorite videos we have featured here on Off Grid. If you’re looking for some inspiration to motivate you into starting a profitable market garden, this fantastic short vid by Farmers Friend is just what you need. The short documentary-esque video captures the ambition, process, and formula used by Richard Perkins to build a highly profitable farming business that generates over $275,000 every growing season. That’s certainly more money than most would have thought there was in this game – especially at 59º North and with a frost-free season only from June to September!

The Ridgedale Permaculture farm is a blend of different enterprises—including pastured poultry (meat chickens), egg-producing chickens, and a no-dig market garden. Some of the plants grown and sold on the farm include spicy Asian greens and arugula. The farm was deliberately planned to offer a full nutrient cycle to sustain all dietary needs. And in line with sustainability and eco-friendly practices, the farm promotes the diverse eco-system in the area by coexisting with nature rather than attempting to subdue or “conquer” it.

Considering that the farm manages to make such high profits despite their limited space, short growing seasons, and remoteness of the region, it’s fair to say that Richard and his team are well-equipped with the necessary skills and knowledge. It’s obvious that he’s highly intelligent and that what we see here is extremely well thought out and the result of years of careful planning.

But what makes Richard and his venture stand out is his approach to sharing farm data to help other aspiring businesses. This draws on the challenges he faced trying to collect information from working examples as he was building his enterprise.

Ready to Give Market Gardening a Shot? Sure, it won’t be easy. To quote Richard, “Starting a farming business is perhaps the hardest thing you could do.” But if he eventually pulled it off, so can you. Well, as long as you dedicate some time and effort to mastering your trade. Having a broad product portfolio increases your odds of success.

12 Vital Things To Do When Moving Into A New Home