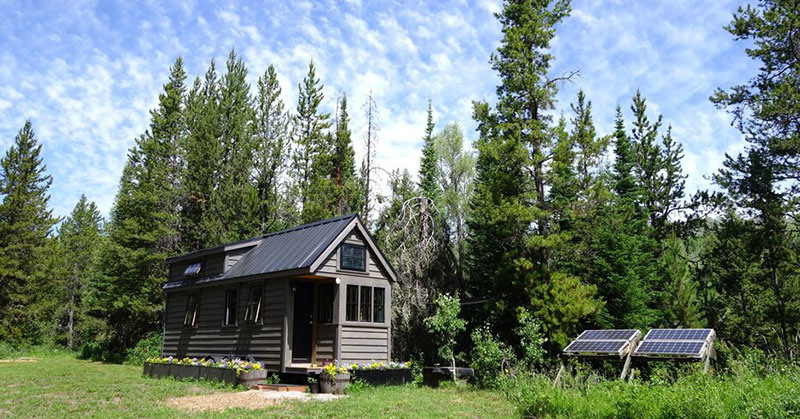 Carl Sagan once remarked that “we live in a society exquisitely dependent on science and technology, in which hardly anyone knows anything about science and technology”. Electricity it seems, that whole set of phenomena bundled with electromagnetism, is massive in that we all take it for granted — but almost no one understands just what it is, or quickly forgets after graduating from science class.

Almost all of us get our electricity from the “grid”. That is, the national infrastructure currently in place that wires energy produced elsewhere into our homes. But what if that electricity went out one day? We are so used to excessive light pollution that, during the Los Angeles blackout of 1994, terrified residents called 911 to describe a massive UFO hanging over the skyline — that “UFO” was actually the Milky Way galaxy, our galactic centre. They were seeing it for the first time.

Fortunately, we don’t all have to revisit the science textbooks to learn the fundamentals of power-generating technology. Years of technological advance have already greatly simplified — and made available — the right equipment to us.

In fact, an independent power supply is probably one of the easiest aspects of self-sufficiency. In the event the power goes out, here are some things you can do to be self-sufficient:

Harness the power of the sun

The most efficient and best thing for power self-sufficiency is to capture the infinite resource that is sunlight and convert it into energy. In recent years, solar technology has come on leaps and bounds. Solar panels now work pretty efficiently —  even when it is grey and overcast. Plus, solar panels are remarkably resilient. Take good care of one, and it should last well over a decade. And even then, it is likely that you will only have to replace the panels.

There are many different types of solar panel, but mounted-roof solar panels are especially handy. They are free-standing models, and you can re-orientate them to the sun as it moves across the sky for maximum energy absorption. Briefcase solar panels are also convenient. They look like their namesake, and open up like flowers to capture the sun’s rays. Both models can be packed away to prevent theft, which is especially important.

Adjusting to a solar-powered life

A life off of the grid does come with sacrifices. Thankfully, they aren’t great sacrifices — and there are lots of alternatives. For two people, a single 100-watt solar panel should be enough to provide a bit of energy for a life in the slow lane, one that’s wired into two 110-amp leisure panels.

That is, for a life without TV, a microwave oven, coffee-maker or toaster. But you can just as easily cook food and boil water on a wood stove. Lighting does not have to be a problem if you can swap out any LED-bulbs for their halogen cousins. And, assuming television would ever come back online, you could easily watch it on a laptop, after using solar energy to charge up the battery.

If the main energy grid ever goes down, solar panels should be your first and foremost source of power. You will soon learn to adjust to their capabilities, and probably quite easily. There are a few habits to get into: one being to keep everything battery-charged during the day, and not letting the battery voltage drop too sharply. In fact, the only drawback of solar panels is that their battery levels are quite expensive, but for the most part solar panels are a wonderful invention. 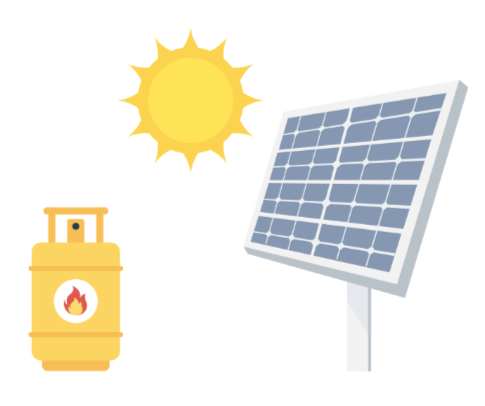 After solar, gas is the next most important source of energy. Though in a post-grid world it might be hard to get a hold of any gas cylinders (which is why it is important to prepare, and stock up).

We burn gas in the winter to keep us warm, but we also use it in the summertime to keep our refrigerators running. Without mentioning any brands it is important to have a gas system of about two cylinders, with a third emergency cylinder as backup.

Two good-sized cylinders should last about three-weeks, based on average consumption. But in the winter — and especially if you live in a part of the world that’s prone to freezing — it might take about 34 litres of mostly propane gas to keep warm for one week above sub-zero. So keep that in mind.

It is hard to say how much exactly, but you may have to refill your gas cylinders about 10 times a year. Gas systems don’t cost the Earth, fortunately, but it is best to shop around for the best deals now, and stock up in case anything does happen to the power grid.

Preparing for a low-consumption lifestyle

Aside from storing gas cylinders and mounting solar panels, there are a few other things you can do to make everything run more smoothly.
The first thing is to make sure you have an inverter on hand. What this crucial device does is convert direct-current (DC) electricity into alternating-currents (AC). Because DC is the industry standard, the likelihood is your solar cells and batteries will need an inverter to convert the energy output into AC.

It must be noted that different inverters are required for different energy demands, though. For example, a 75-watt inverter is more than enough to charge and handle little things such as camera batteries, or an electric shaver. But a 100-watt inverter will be needed for powering larger things, such as a laptop. It would also be a good idea to install 12-volt sockets to abet the lower consumption of power, whether you are living in a fixed-abode, or on the road in a motorhome.

The second most important thing is to stock up on power packs, charge them regularly and keep them charged. And finally, a bio-ethanol stove can act as a makeshift cooker (and even a heater) in case the gas system ever fails. Such a simple investment could make a huge difference in your quality of life down the road.

Backup generators are noisy and smelly, meaning they can attract unwanted attention. But they are useful on long, dark nights where the solar panels are struggling to get the necessary power. Turning them on will eat into your gas supply, though. A good generator — again without mentioning brands — will last over a decade if maintained properly, and if you don’t use too much power, you might even be able to get away with a 1000-watt or even 500-watt generator.

Thanks to technological advancements, it has never been easier to be power self-sufficient. It can be expensive — well the gas cylinder bills can be — but it is relatively easy to switch to a calmer, slower way of life that uses much less energy, free from the whims of the national grid.

Take care of everything, and you should have few problems, with only a few inconvenient sacrifices.

This Author:
Neil Wright is a copywriter and researcher. He has an interest in travel, science and the natural world, and has written extensively about off-grid living in the UK on his motorhome website.