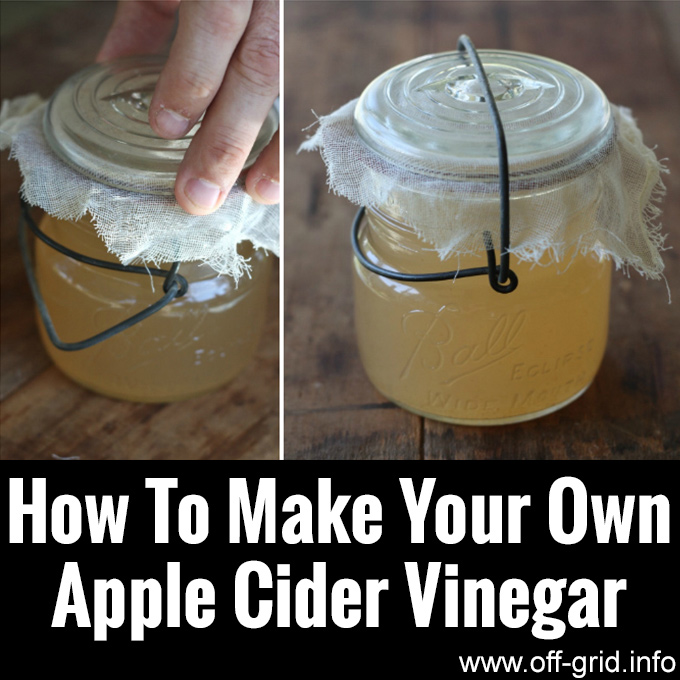 How To Make Your Own Apple Cider Vinegar. Photo – www.17apart.com

Apple cider vinegar, now often referred to as simply ACV, is known for its many health benefits and is used in hundreds of home remedies. If you have lots of apples left over (a common scenario in the late Autumn), why don’t you make some yourself? Our friends at 17Apart will teach you how to do it. It’s way cheaper than having to buy the expensive ACVs that are sold in your grocery store.

In order to make the vinegar, you have to give it some time to ferment. During the process of fermentation, the sugar in the apple is broken down by bacteria and yeast to turn it into alcohol and then into vinegar. Don’t be alarmed if it looks a bit cloudy, because that’s the work of the “mother”…

You can make this vinegar ahead of time and store them in fancy jars so you can give them out to your friends as presents or as give-aways for parties. It can be used for many recipes! You can even make a vinaigarette out of the apple cider vinegar – and give away both the vinegar and the vinaigrette as a set.

Here’s a simple recipe for the vinaigrette: Mix 1 cup of apple cider vinegar, 2 tbsps. seeded Dijon mustard, 1/2 tbsp curry powder, 1/2 cup finely chopped chives and the juice of 1/2 lemon. While you’re whisking with a fork, slowly add 3/4 cup of extra virgin olve oil to emulsify the mixture. You can double the recipe if you decide to make a bigger batch.

SAFETY NOTE: In 17Apart’s original tutorial, it states that if there is a little mold, it is ok. However, other sources state that it is not safe. Therefore we will have to go with the safer sounding option. If you get mold, start again. To reduce the risk of mold, sterilize the glassware before commencing. Boiling the jars for 15 mins before beginning is suggested by one commenter and this seems prudent.

Here are just some of the health benefits [1] that have been reported from scientific studies on apple cider vinegar:

1. Diabetes – A study was conducted in 2007 and the results showed that patients who have Type 2 diabetes had significant changes in their blood sugar levels. [1]

3. Dandruff – An apple cider vinegar solution helps restore the pH balance of the scalp. The acid prevents the overgrowth of the yeast-like fungus that triggers dandruff. [1]

Enjoy the benefits of this humble vinegar. It’s honestly very easy to make. Try it at home by following the recipe below!

9 Survival Gardening Crops To Grow In A Post Apocalyptic World

9 thoughts on “How To Make Your Own Apple Cider Vinegar”