In this video from Foresty Forest we see a “vanlifer” spending the night in a backcountry cabin. He’s way off the beaten path; driving his van along what looks like dirt roads (hard to tell though because of the snow layer). After spending a night in the van by a river, he takes his mountain bike (equipped with super-fat snow tires) wayyy out to a cabin in the forest.

Interestingly, this cabin is “public use” and our narrator discovers that the woodburning stove is still slightly warm from the night before. He cooks up a steak and kindly feeds some to the local fox before settling down for the night.

One of the great things about this video is the camera work. He sets up drone shots, high above the trees, giving an aerial view of his bicycle journey through the deep snow.. he also has a GoPro by the looks of things and has some interesting motion shots as he is riding. Not that easy, holding the camera in one hand while cycling.

He’s on a free-roaming adventure – a true digital nomad and the list at the end shows that he has a ton of Patreon supporters. As well as a picturesque visual document of a solo adventure in a beautiful location, it’s an interesting insight into how it’s truly possible to “live the dream” – escape from civilization and have an adventure be self-funding through the modern ability to create and publish content via Youtube and other sites. Not everything about the modern world is bad after all! 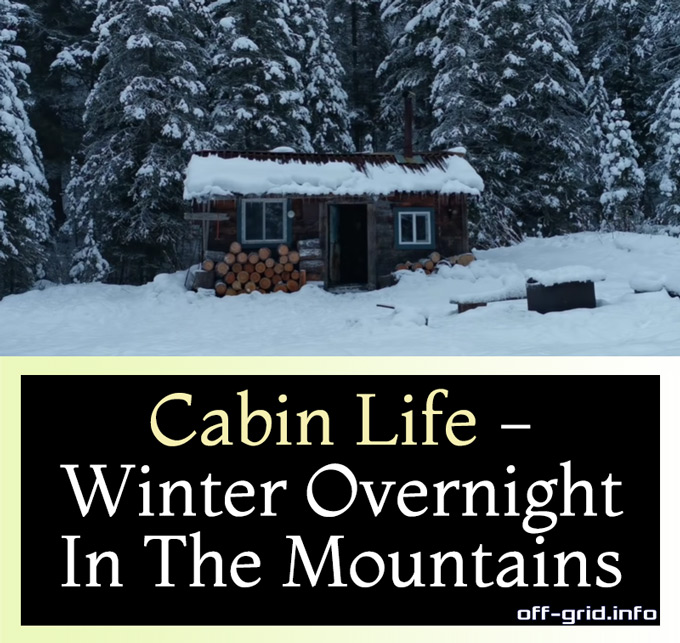 He Built A Secret Tiny Cabin That Has Wood Stove Heating

Simple Off-Grid Cabin That Anyone Can Build & Afford