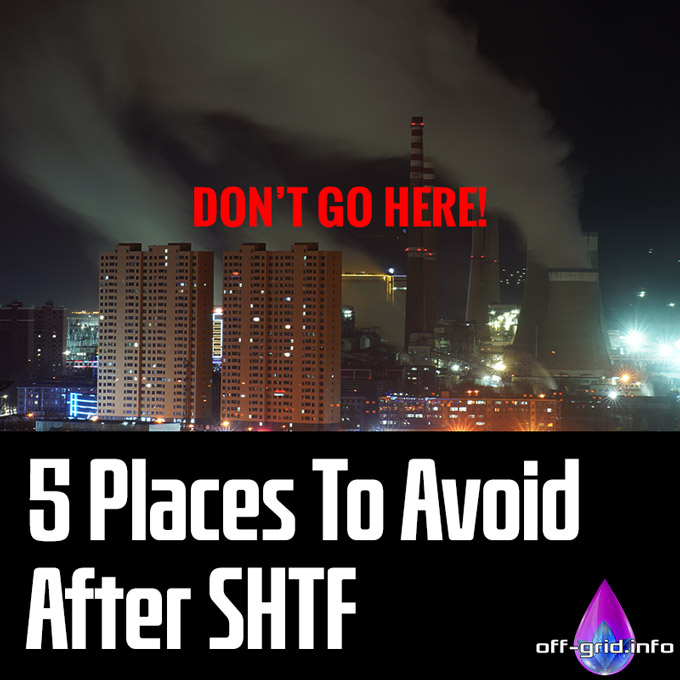 When the S.H.T.F. there are certain places that become “no go zones”. Knowing the risks helps you to avoid these locations. This dramatic video by City Prepping gives some valuable insight into places to avoid during real disaster scenarios.

1. Grocery stores One of the places you should avoid is the grocery store as many people would think the same way and head to that location. The situation could potentially get out of control when people are fighting for limited resources. We saw a minor taste of this in 2020: when the coronavirus scenario hit and logistics were hindered all over the world, people were scrambling for toilet paper in supermarket aisles. You can see how fear brought out the selfishness in some people. But this was “nothing”…. imagine how bad the panic could get if the supply chain truly broke. The best way to avoid this is to prepare in advance and have abundant supplies of non-perishable goods.

2. Banks and ATM Points – these should be avoided as when SHTF security may be low presenting an opportunity for unscrupulous characters to target the innocent trying to access cash. Also in a grid-down scenario, ATMs would simply not be working and credit transactions would cease to function. Solution; have a reserve of emergency cash on hand.

3. Drugstores – most people have minimal supplies of essential medications and no emergency plan in this regard. A disaster scenario could cause a “run” on essential medications. Solution once again is to have supplies (and of course to minimize reliance on pharms wherever possible, using natural alternatives!)

4. High Density Population Areas – Areas of high population density are going to contain the largest number of unprepared people, which presents a high risk for your personal security. So you ideally want to be far away from densely populated areas full of infrastructure, or areas where “everyone else” is planning to go to when SHTF. Prepping is also more difficult when you are in a small apartment with limited space for supplies.

5. Gas / Petrol Stations – Gas Stations typically run out of fuel very fast in disaster situations. After Hurricane Florence, 73% of gas stations ran out of fuel! Storing gasoline is difficult and problematic. So the general “rule of thumb” here is to not let the tank go below half full – though this means more frequent refills of course. The gas station is also an area to avoid because you may get long lines and limited fuel which is another scenario that can bring the worst out of humanity.

DEEP STORAGE: How Long Will Your Supplies Last And What Will You Do When They Run Out?

List Of 40+ Essential Things You Should Keep In Your Car