In this video from Canadian Prepper, we learn about some useful possibilities for home fortifications for SHTF, home invasion and burglary prevention.

Canadian Prepper has given considerable thought to home defense, in particular as it applies to SHTF scenarios, where the rule of law may not protect you and where additional defenses are needed against the mad, the bad and the desperate.

“The fight that you can avoid is the most victorious of all”. Canadian Prepper is absolutely right here. While fighting is portrayed as glamorous, real bad situations are far from it and you may be facing an unknown opponent, with no idea how far they would be willing to go or how dirty they will fight. Home defense focuses on fortifying the home so that the bad guys are either dissuaded or will find it extremely difficult to get in.

The goal here is to become a hard target.

The first tool recommended (1:36) is a CCTV system. Security cameras are a very good deterrent and most criminals do not want to work observed. Motion activated lights are a useful addition to take away the cover of darkness and provide a signal of the presence of an intruder. Cameras can also give you early warning / notifications of the presence of an intruder, but can provide evidence that can be used in prosecution. CP advises to have some cameras inside the home as well as outside, which might allow you to identify the suspect after they have removed their mask! Some innovative systems permit you to monitor the cameras from a mobile phone app.

Did you actually lock your doors? It’s amazing the number of people who get complacent and don’t bother. It’s important to keep your doors locked – not only when you are out but also when you are home.

Further tips include the use of window films, adding longer screws to strike plates and the use of “nightlock” or similar door barricades that make a door much, much harder to kick in.

The next tip is to tone down the appearance of valuables in your home. That which is not known about, cannot be desired.

CP continues the hoe security shopping list with sandbags, fire extinguishers, a safe room aka. “panic room”, a hidden wall safe, a “real dog” (as opposed to an “ankle biter”) and deterrent signage.

The final item mentioned is an “eyehook tripwire”. This is a super-inexpensive strategy that can catch a night-time invader completely unaware. Using eyehooks and fishing line, you can rig up a tripwire (at ankle height) that can be attached to some bells or some other thing that makes a loud noise when the tripwire is caught by the boot of the unsuspecting intruder.

For a much deeper tutorial in home defense, check out https://off-grid.info/ultimate-home-defense.html. 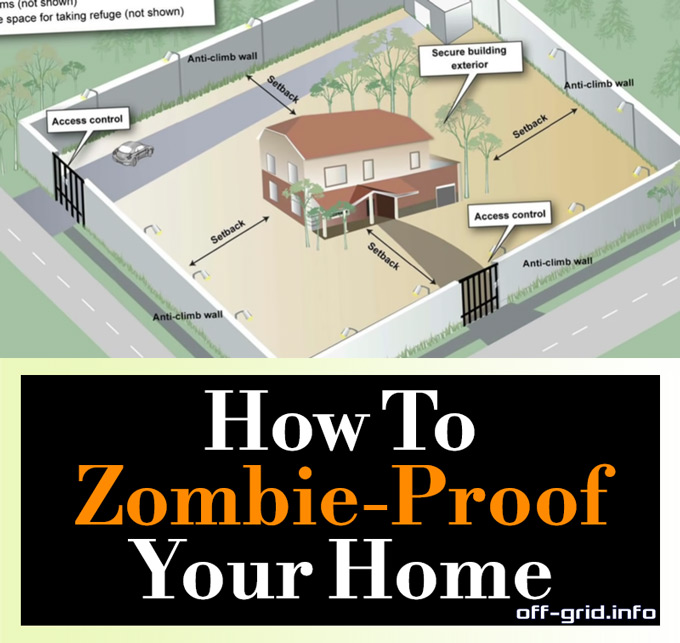 How To Make A Super Secret Safe – For Less Than $3

How To Grow A Bamboo Fence For Privacy And Security

The 10 Layers of Home Defense