Here’s an off grid cabin how-to video from Jack of All, Master of None that’s full of information. It takes us through the whole build process and for anyone wanting to take on such a project. This is the “summary” video showing the completed build – but there’s a full series of thirteen videos covering every stage of the build in detail.

The build was originally inspired by the fact that there were no roads leading to the build location – meaning that a pre-fab “shed cabin” was not an option as it could not be transported to the site. It took a month to build from start to finish and most of the materials seem to have come from Home Depot and Amazon. The total cost of the exterior materials was reported as around $5,000. Despite being fairly low cost, this is a clean build and the final result doesn’t look in the least bit shabby.

24″ on-center framing instead of the typical 16″ on-center used in USA homes. This saves material on framing, however solid wooden siding was used both inside and out, which adds great shear strength.

It’s great to hear from a builder who is honest about his approach and not afraid to talk about what he would do better next time; there are many useful tips, especially now that he’s spent some time living in his cabin and has the experience. The overall result is simple but comfortable and the quality of workmanship is good throughout. The only thing I would have done differently would have been to put the cassette toilet in an outhouse and not inside the cabin. That’s just a bit too cosy if you ask me.

If saving money on materials costs is a top priority for you, there are some good pointers in the narrative. Based on how much these guys saved, it sounds like it’s well worth the effort looking around and for the total cost of $7,000 you can get a cosy forest escape that will last for many years! 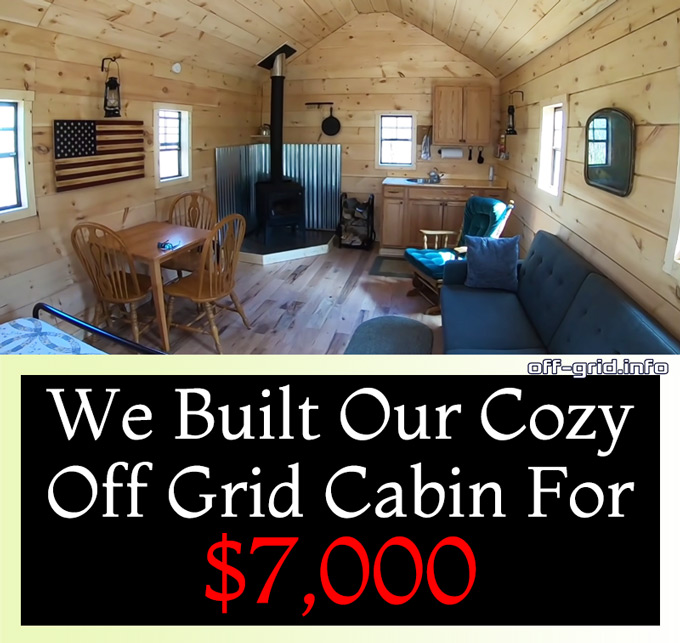 He Built A Secret Tiny Cabin That Has Wood Stove Heating