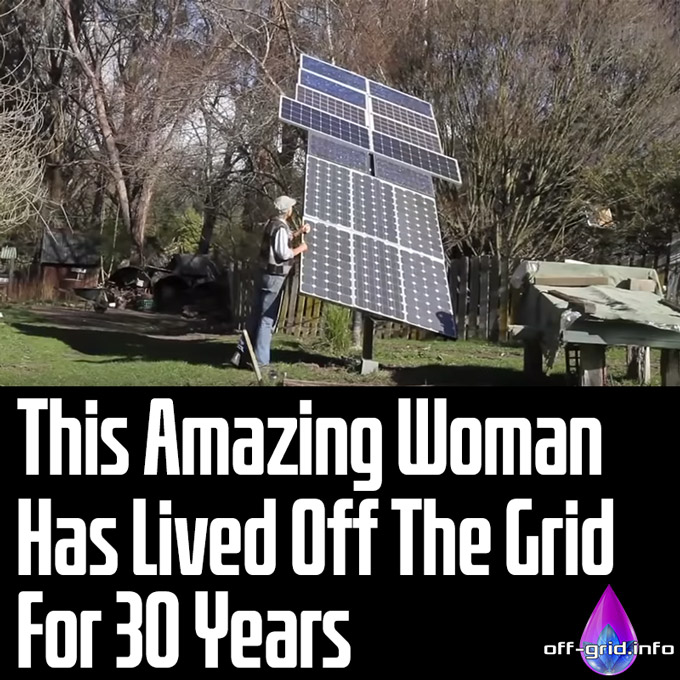 This Amazing Woman Has Lived Off The Grid For 30 Years. Photo – http://www.youtube.com/watch?v=BUXwXM6lyVU

Meet Jill Redwood, an environmentalist and writer, who has been living off-grid for more than three decades in East Gippsland in Australia. She arrived many years ago in East Gippsland to escape from the hustle-and-bustle of city life that she’d grown up with. Her path to a successful alternative lifestyle started when she moved to the town of Goongerah following the 1983 bushfires which destroyed her property. Since then, she has been a poster girl for environmental activism and an inspiration to many who are dreaming of living a low environmental impact life.

Jill survives on approximately $80 a week and takes care of over 60 animals including chickens, geese and milking cows. She tends an organic garden to provide her food from right outside her doorstep. She only eats the food she’s grown and prepared herself.

With no prior homebuilding experience, Jill learned as she went along to construct her house, which is made entirely out of reused and recycled materials including timber off-cuts. She spent eight years building the home, during which she lived in a simple bark hut with a dirt floor. It cost her about $2000 to build her present home.

Redwood previously worked as a lab tech, before moving to Victoria where she had a variety of jobs including fruit picking, truck cleaning and general labor.

She earns a modest income as a columnist and cartoonist with “Earth Garden” magazine – which has been her bread and butter for 25 years. Her off-grid lifestyle attracted the attention of many media outlets including British newspaper “The Daily Mail” and Australian TV program “Domain.”

Her entire property is powered by a small solar system just under 1kW in size. She developed and maintains her system to meet her modest needs but was forced to install a new one after bush fires in 1983 damaged the previous one. The new solar panels are connected to some old truck batteries, all located on the front veranda.

She collects water from a nearby creek using a water wheel contraption that pumps water to the house and garden. She prides herself of devising unique systems of self-sufficiency in which everything is either composted or recycled.

Jill has learned so many lessons from being an early adopter of living an off-grid lifestyle. She advises others who consider going off-grid to pay attention to the amount of power they use. She also stresses the importance of working out what they need, so they are not going without.

Redwood also coordinates Environment East Gippsland, an environmental organization that aims to protect Victoria’s ancient forest and the surrounding area. Her devotion to environmental activism won her the 2015 Environmentalist of the Year award from the state government.

Since the age of five, Jill always wanted to be a hermit. Her story will inspire others who are yearning for simplicity and who have a taste for mindfulness. 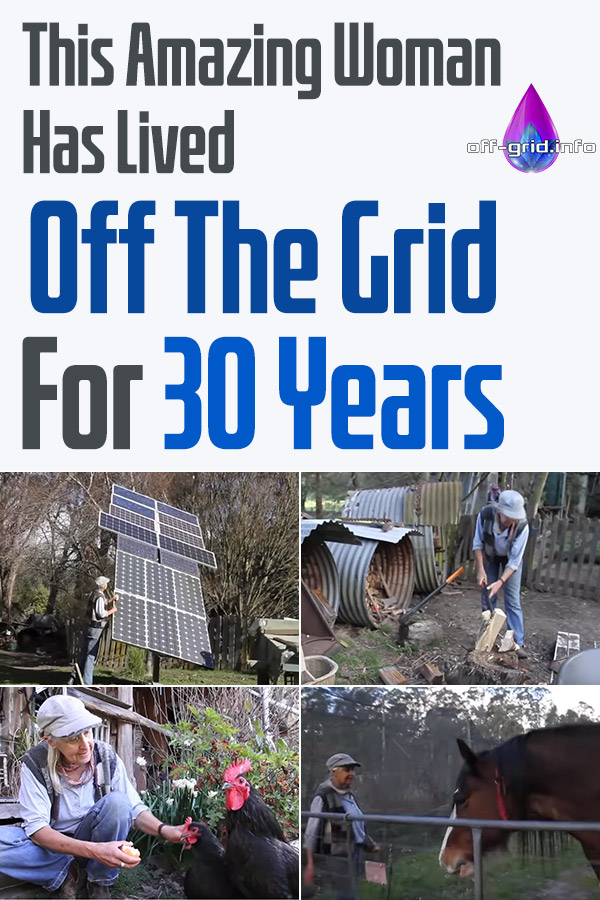 This Amazing Woman Has Lived Off The Grid For 30 Years. Photos – http://www.youtube.com/watch?v=BUXwXM6lyVU

How To Build A Rainwater Collection System