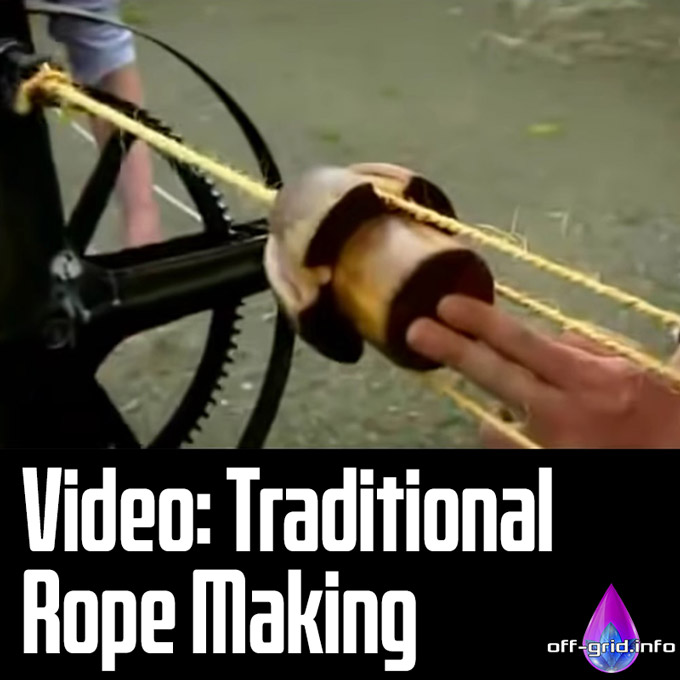 Here’s a video tutorial from a TV series called “Edwardian Farm” that shows the traditional method of rope making that was commonly used around 100 years ago. It’s great to see this old craft is still being practised today and to think about how important such a very simple technology has been throughout our history.

The video shows how strings (yarns) are combined in pairs using a rope jack and then allowed to twist together in the opposite direction so that the rope holds together under tension. The twists in the rope allow for forces to be distributed through the fibres evenly, giving it a lot of strength. A good rope maker knows just how much tension to use for a straight, strong result!

The rope you’ll see is made from sisal, a natural fibre from a species of Agave plant that grows in many tropical regions of the world. Animal hair, hide or sinew, plant fibres such as sisal, manila, hemp, cotton, coir, Linden tree bark and tree roots have all been used for making string and rope for millennia. The “rope walk” where ropes are made has even inspired a poem by Henry Longfellow!

Although they are not as strong as synthetic or steel ropes, natural fibre ropes still have advantages for some uses – they elongate less under loading and damage can very easily be noticed. With proper care, a natural rope can outlast a synthetic one!

Sisal lasts well in salt water, has high friction making it suitable for use as grab lines particularly on ships’ lifeboats, it doesn’t kink easily and when overloaded it breaks slowly, snap back is much reduced so it is much safer to use.

Hemp makes the best natural ropes and has been used for many centuries, especially for marine applications. Unfortunately, there is much less hemp grown in recent times as it is restricted by a lot of the world’s governments trying to prevent people growing marijuana – it used to be planted along the riverbanks in colonial times for settlers to use and there would have been a rope walk in every reasonable sized settlement.

The loss of the hemp industry means that we have lost one of best renewable materials available! Hemp can be used for cloth, rope, fuel, paper, food and a thousand other things – the oil can even be used to make bioplastics! 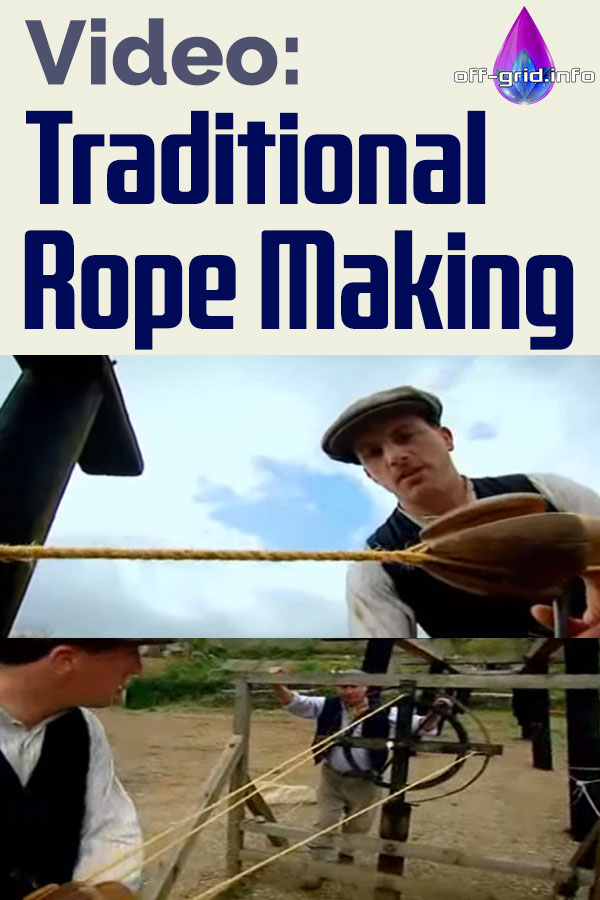 Survival Lessons From The Great Depression