In this inspiring and quirky video from the FLORB Youtube Channel, we see Ian Turnbull’s amazing “Nature Sanctuary” that he built at the legendary Findhorn Foundation Community about 30 years prior to the making of the video.

It took around 6 months to create this building and it was admittedly “Hobbit-inspired”. What’s interesting is that we learn that the building was not very carefully planned but that he somewhat made it up “organically” as he went along. He didn’t even know how big it was going to be – marking the floor with a simple string line and flour! In poetic tones he describes the gneiss rock – a billion years old – that he used for the walls.

The floor was made from slate and we can see that it was laid in a mandala-like circular pattern. It was designed to represent the Jungian feminine archetype and to contrast with the “solar” symbolism of the roof. Very cosmic.

Ian described himself playfully as a “scrounger”, making use of whatever materials he was able to source locally. Window frames were made from old whiskey barrels and other parts of the building were sourced “serendipitously” from materials that happened to be at hand.

The roof used a waterproof membrane (thankfully) and then turf was laid on top to make a green roof. A steel cable runs around the building, holding the roof poles and preventing the roof from spreading.

The door was made from ash, from a locally-sourced log that he took to a sawmill and had cut. Decades later it’s still in good shape.

Despite the extremely unorthodox approach to the building, it seems that he created something not only beautiful but durable. I highly doubt you would ever get planning permission for something like this and we learn that he had some interesting challenges with the local council! However we can enjoy his efforts and wild ingenuity vicariously from afar. 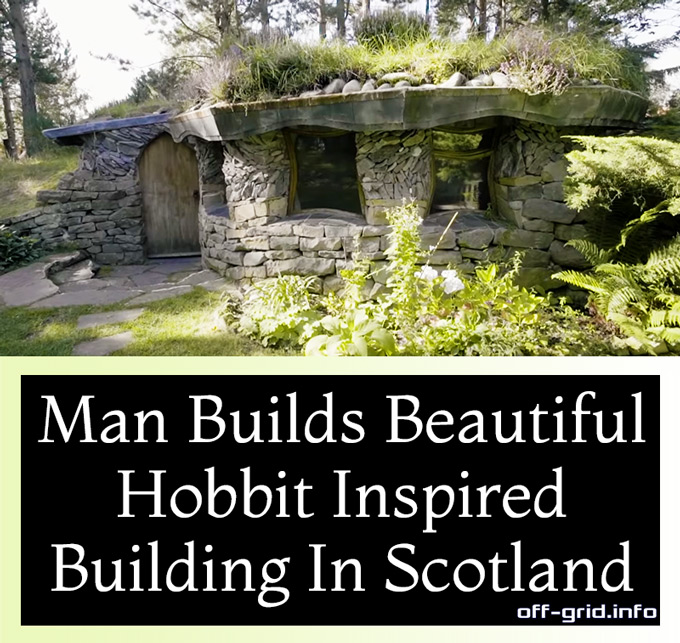 How To Build A Yurt!